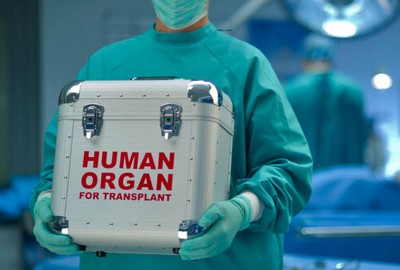 An 80-member joint family living in Agashe village near Virar in Maharashtra has suddenly come into prominence after all of them voluntarily pledged to donate their bodies or organs and tissues.

Headed by retired farmer Baptista Lopes, the East Indian Christian family was inspired by a talk by Puroshottam Patil-Pawar, the chief trustee of the Bapusaheb Patil-Pawar Charitable Trust which runs NGO Dehmukti Mission that creates awareness on eye and cadaver donations.

Starting with the 82-year old patriarch Baptista, four members have already signed pledges to donate their full bodies, while the other 76 will donate organs or tissues.

"Around 20-odd family members either live or work elsewhere, but they have agreed to come and pledge their donation in due course," said Baptista's son Elvis Lopes, a 60-year-old retired private company employee.

The Lopes family is one of the rare and huge single joint families in the coastal Konkan region with around 100 members living peacefully and happily in one single wadi in Agashe village, around five km from Virar station.

"When we heard Patil-Pawar's simple and scientific explanations on the benefits of body or organ donation, we were impressed and convinced to do our bit. In fact, on January 10, when most of my family was present, a majority raised their hands in the auditorium," Lopes told IANS.

Speaking to IANS, Patil-Pawar said: "The Lopes family asked me to speak about the topic on which we are campaigning and creating awareness. It was on January 10, when the family was marking the 25th death anniversary of their former patriarch Bascao Dinya Lopes who died in 1991 at the age of 79."

After that, around 60 Lopes family members filled up forms pledging tissues like eyes and skin, and organs like blood, lungs, kidneys, intestines, heart, pancreas, liver, bones and bone marrow, and four members including Baptista pledged their full bodies.

The rest, some not living there currently, or the 12 minors -- the youngest to pledge is only 12 years old and others including school and college going children -- have announced their intention to sign up after they become majors.

Charged by the cause, Patil-Pawar said the Lopes family members were now enthusiastically reaching out to other villagers and also their own distant relatives in other parts of Maharashtra and elsewhere to make similar pledges.